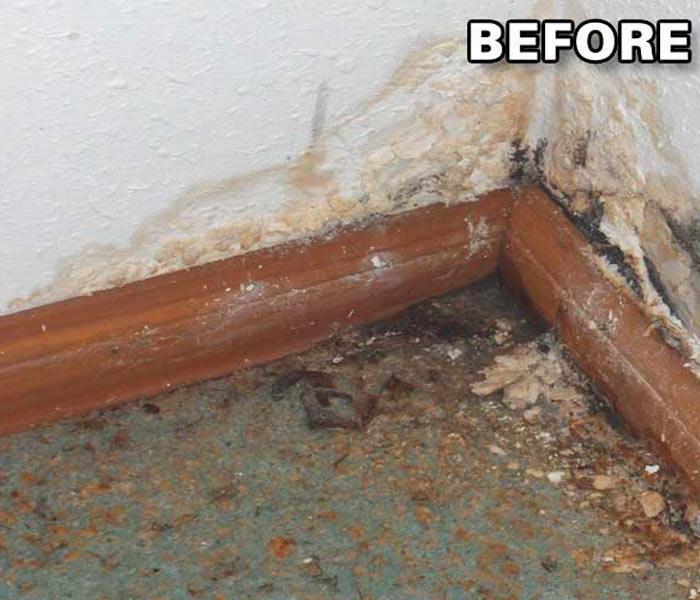 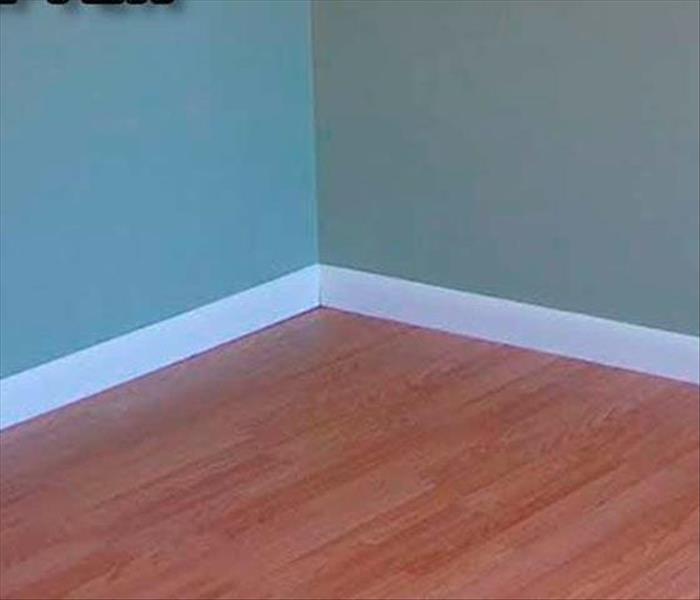 The water damage in this room was really significant. The carpet, subfloor, baseboard walls and studs had been wet for a really long time. Since it started behind the wall, there was not a visible indicator that there even was a problem. But, as time went on, the moisture eventually became apparent. By this time, it had already began to deteriorate the structural surfaces. The only recourse was to demo it to remove the damage, then dry it out. After the drying process was complete, the re-build portion of the restoration could take place. Here is the finished project. Big difference.

View More Before & After Photos